Say Yes to the Dress? 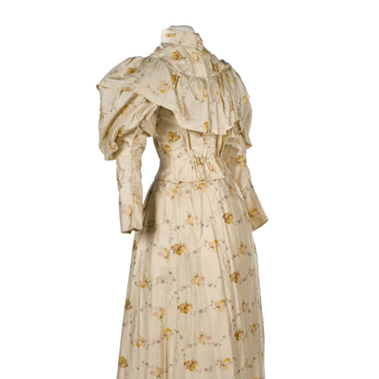 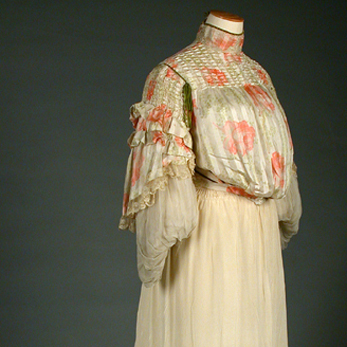 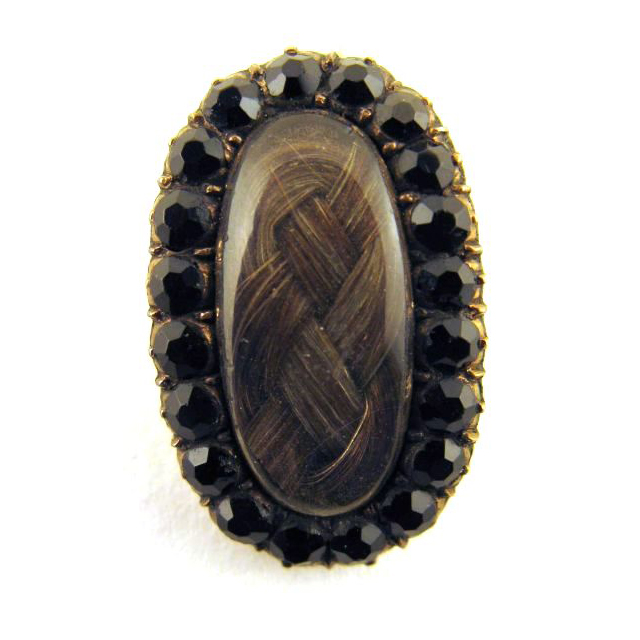 Jewelry adorned with locks of hair from dead loved ones.

Smith, the ISMHS conservation lab manager, will display her findings in a live, hourlong talk called “Virtual Quirky Queries: Outlandish Fashion” that can be seen on Zoom from 6:30-7:30 Dec. 1. Participation is $5. Register here.

Smith says there’s no simple explanation for why women wore what they did—”not any more than we have for dressing the way we are now. Fashion trends are cyclical. You can see the evolution of some of these styles, and I’ll talk a bit about that.”

“Outlandish Fashion” is the latest in a series that has delved into the museum’s various collections to answer such quirky questions as “Is Abraham Lincoln considered a hottie?” and “What is the underwear in our collection like?”

Smith said with a smile that her fascination with museum collections developed in part “because they let me touch the stuff.” Her first museum internship was at the Smithsonian Institution National Museum of American History, and one day she and another intern were assigned to the Electronics Department to help with an inventory project.

The curator in charge told them that he had no budget to pay interns, but he had another idea.

“Hold out your hand,” he said.

“So I held out my hand,” Smith said, “and he put a light bulb in my hand. He said, ‘That’s the second light bulb that Thomas Edison ever got to work.’ Being able to have that physical intimacy with history is amazing.”

Her interest in fashion began in earnest as a grad school intern at the Indiana State Museum and Historic Sites in 2005 when she was assigned to research and catalog the L.S. Ayres costume collection, which covers a broad range of dates but is heavily Victorian.

In 2006, she left Indiana for the Chicago History Museum, where she worked for five years before returning to the state museum. Her specialty is textile conservation, and her love is textile history from mid-19th century to today.

“Costumes are a great lens for history because everyone wears clothes, so everyone can look at a piece of clothing and imagine what it would be like on their body,” she said.

“So if it’s the extreme corsetry of the 19th century, you’re just kind of like, ‘Ouch, I can’t imagine that.’ Or imagine wearing a huge, long skirt every day and how that would change your day-to-day life. So costumes are a fun way to talk about history over time.”