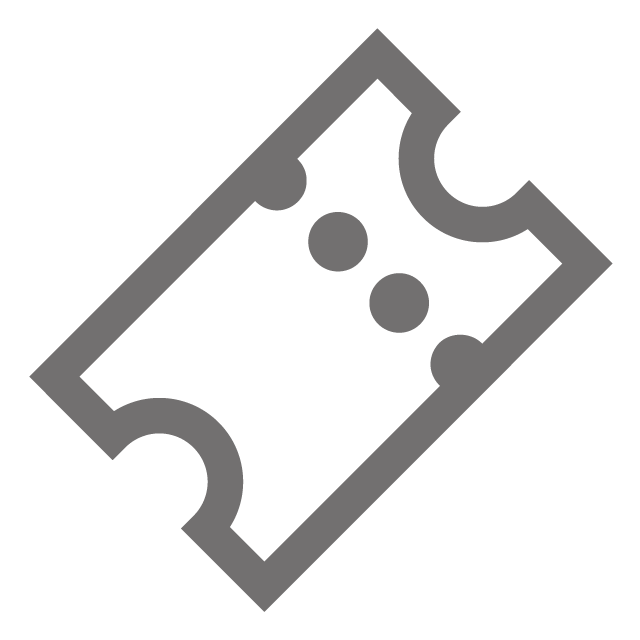 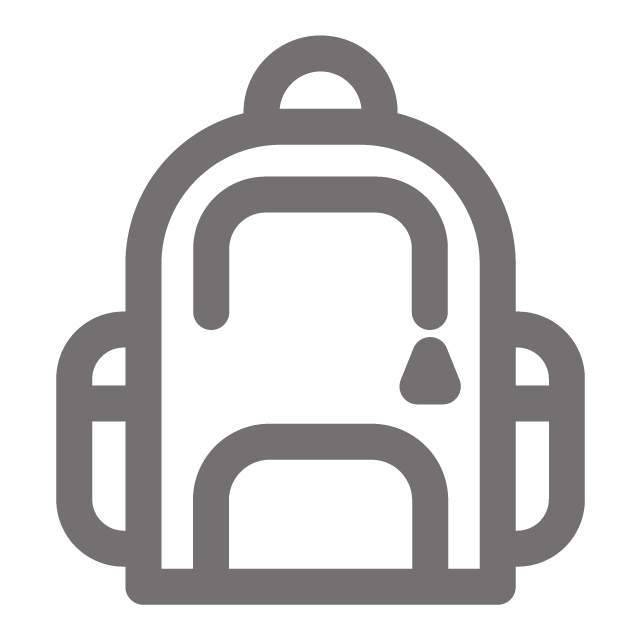 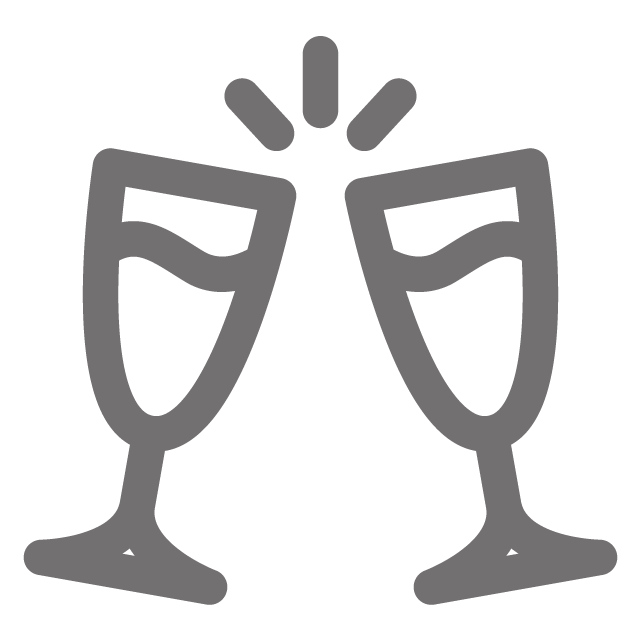 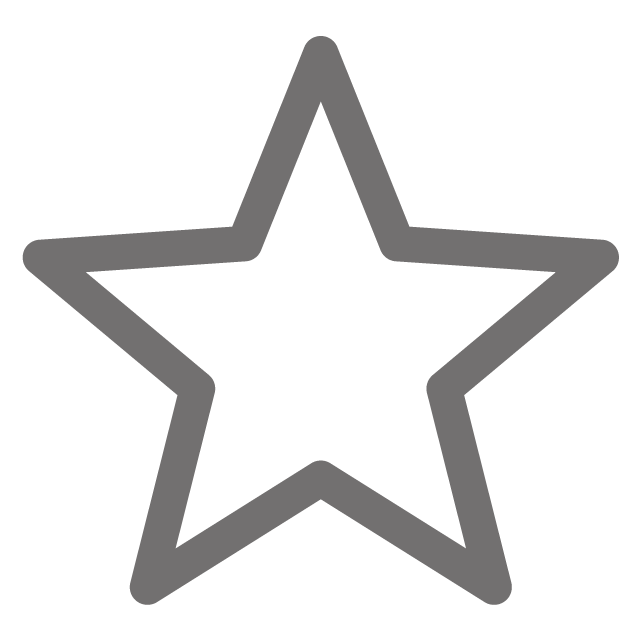 A Site with an Important Place in our State’s History!

Founded in 1732 in a part of the Midwest that belonged to France, Vincennes is Indiana’s oldest city. Over time, ownership of this town and area changed hands from France to Great Britain, and ultimately America following the Revolutionary War of 1776. In 1800, Congress created the Indiana Territory and named Vincennes its capital. The new territory was much larger than the State of Indiana today, including what is now Illinois, Michigan, Wisconsin and part of Minnesota. Here in Vincennes, Governor William Henry Harrison and others made important decisions that would influence the future of the entire Midwest.

Make the Most of Every VisitMemberships

Take a Walk Through History

Walk through Indiana’s oldest city, where territory officials made decisions that changed the future of the entire Midwest. Tour different buildings including the original Territory Capitol building, which was built in 1805, the Jefferson Academy – the first school of higher learning in the state – the Elihu Stout Print Shop, Fort Knox II, the Old French House and more. 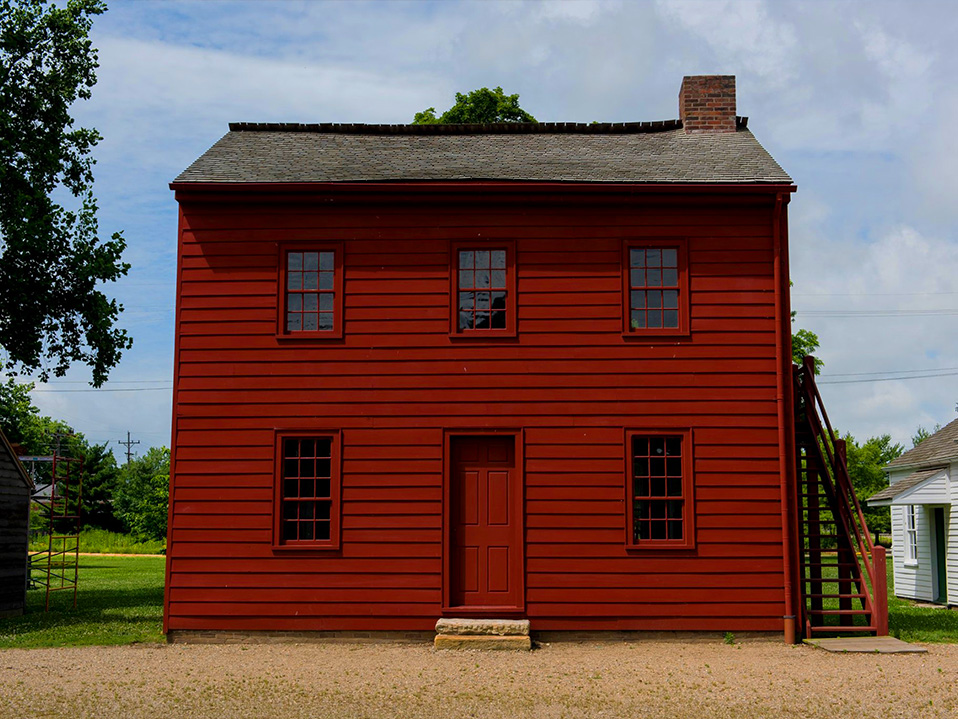 Tour the original territorial capitol, which is considered the oldest major government building in the Midwest. The “Red House” was one of three buildings rented by the legislature from 1805 to 1813 and was the meeting place of the legislature in 1811, after the Battle of Tippecanoe. Built in 1805 as a tailor shop, the “Red House” is a small two-story building, its heavy timber frame held together with wooden pegs. In 1813, the territorial government moved to Corydon, which became Indiana’s first state capital when Indiana became a state in 1816.

The French House is an original French Creole style home built circa 1809. It was the home of Michel Brouillet who was born in Vincennes in 1774 and spent most of his life working in the fur trade. During the War of 1812 he served as a scout and messenger between Vincennes and Fort Harrison, near Terre Haute, Indiana. The house is an excellent example of the kind of houses built by the French in the Mississippi Valley in the 18th and early 19th centuries. Unlike the American log cabin with horizontal logs, the French style uses upright posts fitted into a horizontal sill beam. 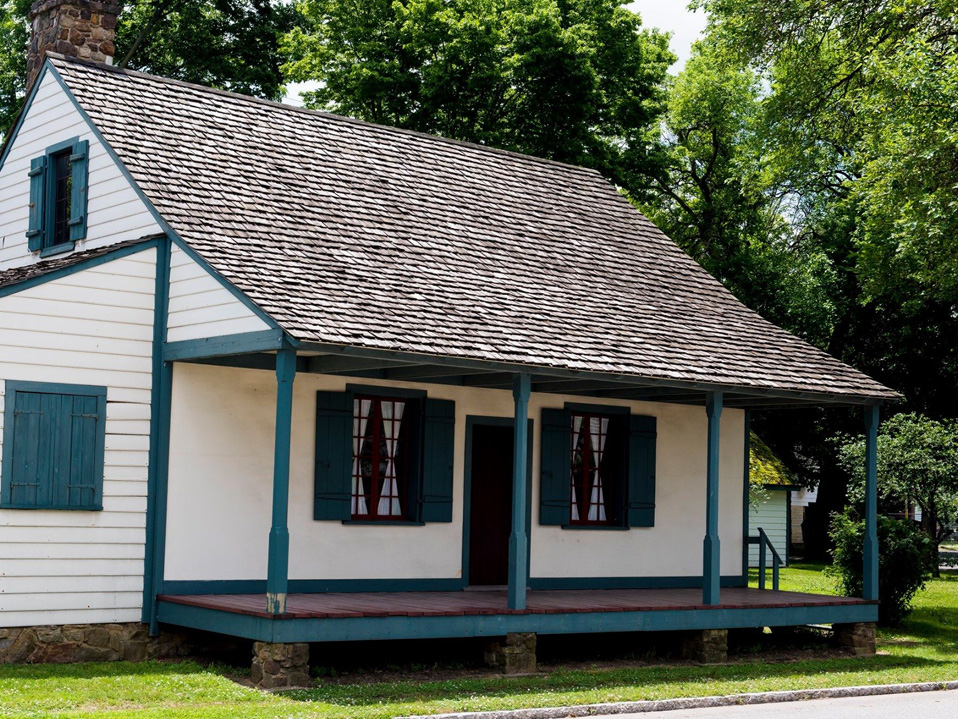 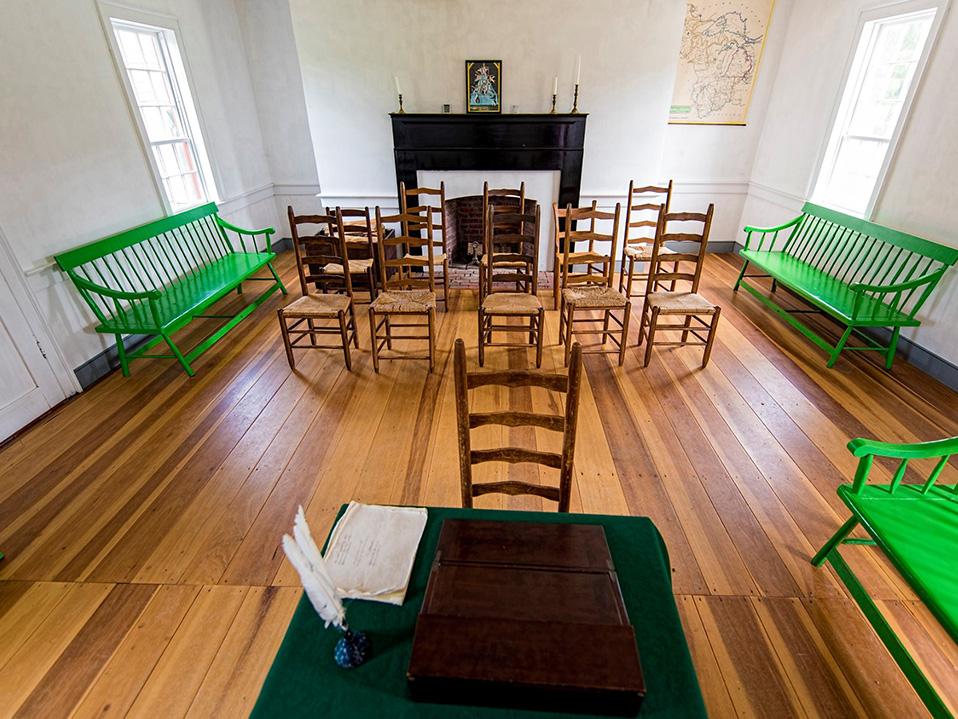 The Jefferson Academy, which was the first school of higher learning in Indiana and the predecessor of Vincennes University, tells the story of early public education. Founded in 1801 by Governor Harrison, it was the first school of higher learning in Indiana. In 1806, it became Vincennes University. Thomas Jefferson and William Henry Harrison are the only two presidents who have established colleges. The headmaster of the school was the village priest, Father Jean Francois Rivet, former professor of Latin at the Royal College of Limoges, France. Classes took place in the main room of the church rectory, with subjects such as Latin, geometry and geography.

Elihu Stout’s Print Shop represents the power of communication in westward expansion. As the country expanded westward, the distribution of information was crucial to the formation of states. In 1804, Gov. William Henry Harrison brought Elihu Stout to Vincennes to print the laws of the Indiana territory. Stout also printed the laws the legislature enacted to govern the new Louisiana Purchase lands. In July 1804, Stout started the Indiana Gazette, the first newspaper in Indiana, which ran for 41 years. Previously, Stout had been a journeyman printer with the Kentucky Gazette in Lexington. 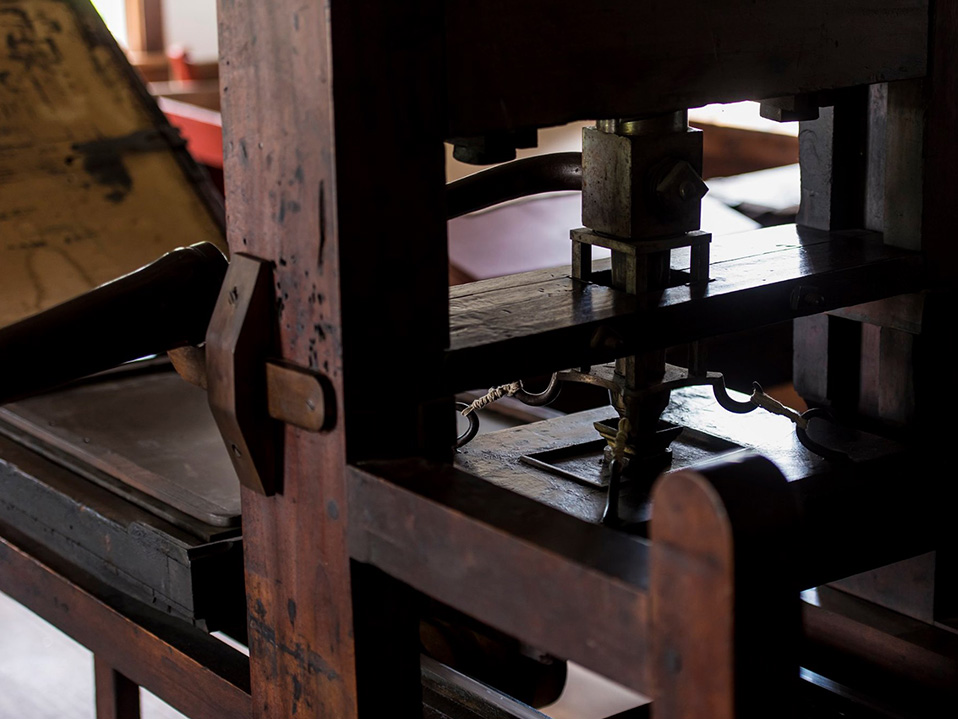 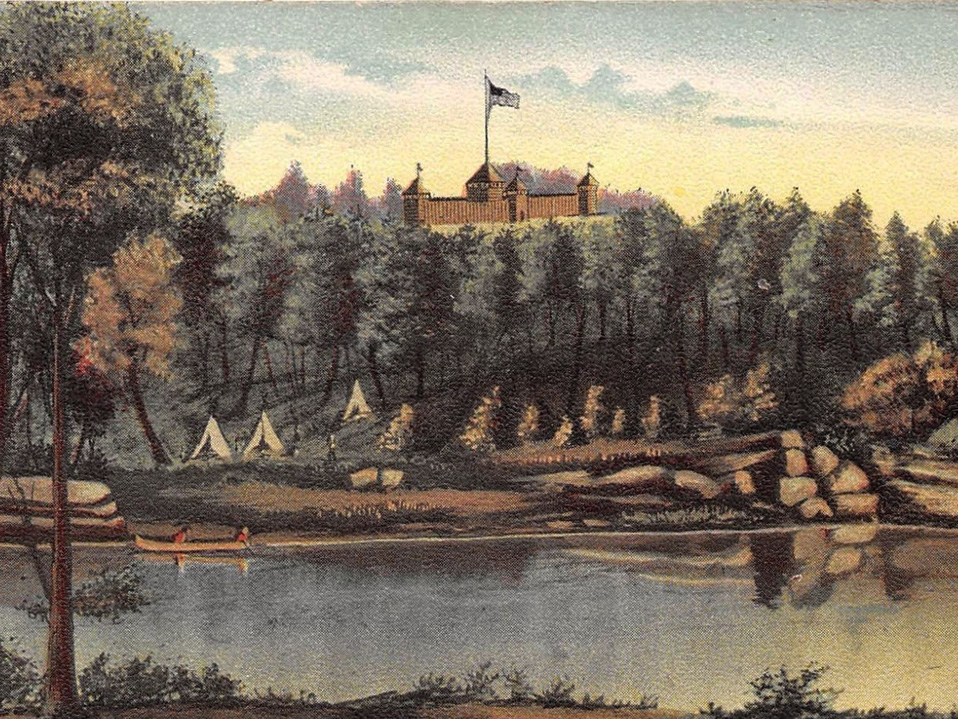 Fort Knox II Site was an important military outpost used by the United States Army from 1803 to 1813. Captain Zachary Taylor strengthened Fort Knox with a stockade in 1811. Governor William Henry Harrison mustered his army at Fort Knox II and marched up the Wabash River to the Battle of Tippecanoe at Prophetstown (near present-day Lafayette, Ind.) on Nov. 7, 1811.

Sugar Loaf Mound is a natural feature that Late Woodland Indians used as a burial mound around 900 A.D. Travelers heading to Vincennes along the Buffalo Trace from Louisville used it as a landmark. The mound also served as a marker along the Underground Railroad for slaves seeking freedom in the North. 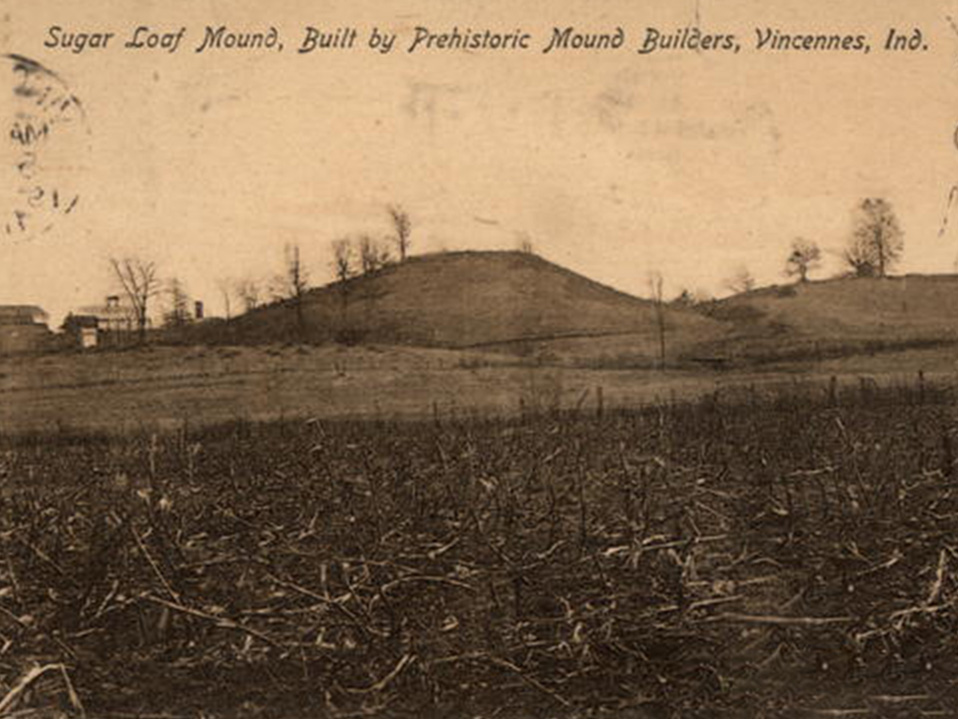 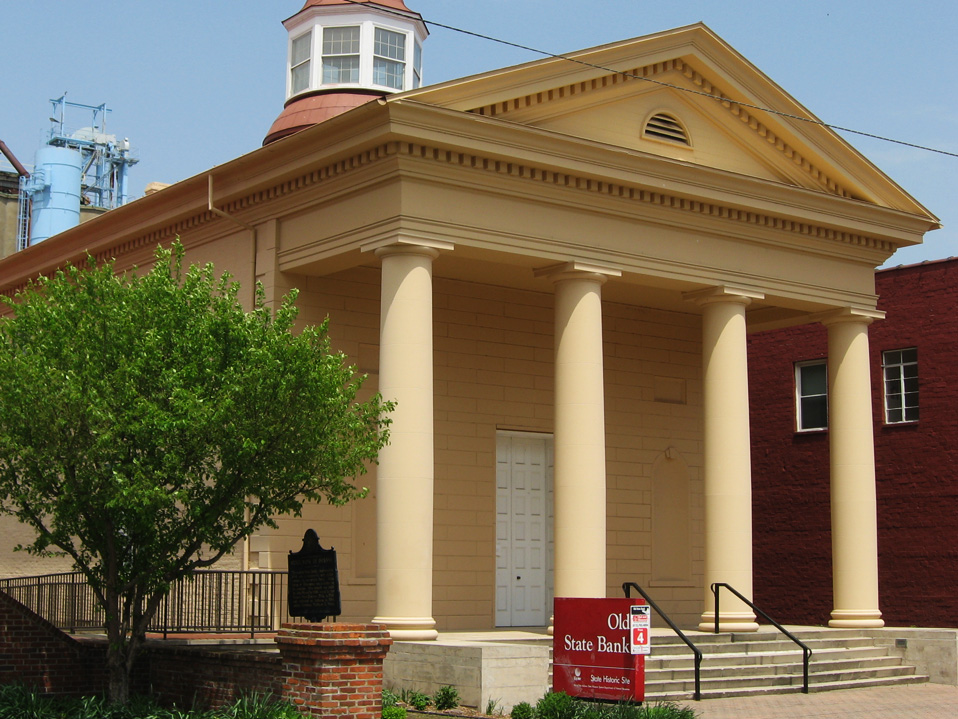 The Old State Bank helped transform Indiana from a fur-trade to agricultural economy. On Feb. 13, 1834, the Indiana General Assembly chartered the Second State Bank of Indiana, with headquarters in Indianapolis and 12 branches across the state. In Vincennes, the bank began business immediately in a rented building located on First Street between Main and Vigo Streets. The State Bank moved into this building upon its completion in November 1838. The bank is in the Greek Revival style, made to look like the front of a Greek temple.

A Look Around Town 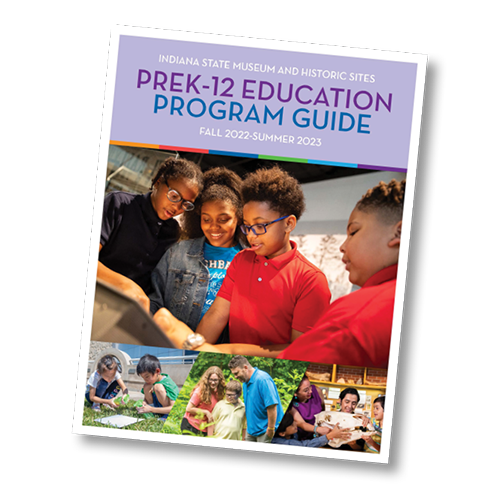 Help bring history, science, art and education to life for your students with a one-of-a-kind field trip experience. All state historic sites support Indiana Academic Standards, and feature a variety of academic topics. Call 812.882.7422 to schedule your visit to Vincennes.

Vincennes State Historic Sites are located just yards from the Wabash River on Harrison Street. Parking is available on Scott Street or in the Vincennes University parking lot on First Street where there are parking places designated as “Historic Sites” parking. The 1830s log cabin serves as the sites’ Visitor Center. 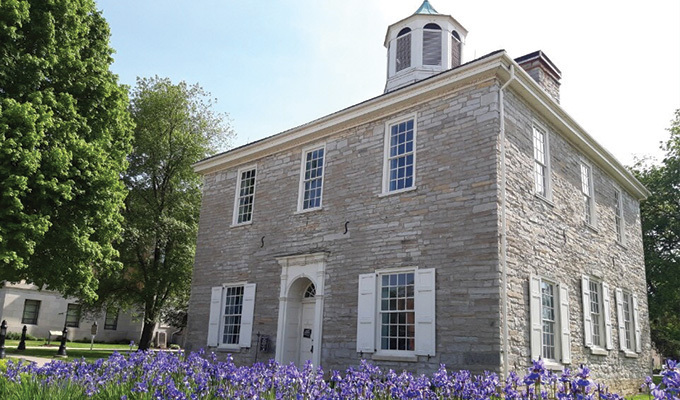 Find Out About Indiana's First State Capitol at Corydon

Discover the World and Ideas of Indiana's Early Harmonists 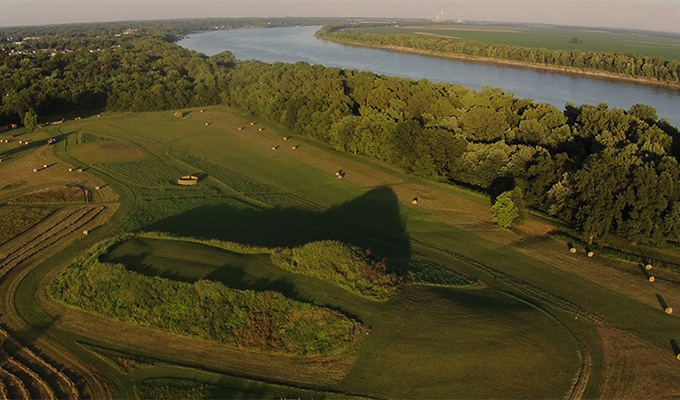 Explore one of Indiana's Ancient Civilizations at Angel Mounds