This is May: the Indianapolis 500 through the years - Indiana State Museum

This is May: the Indianapolis 500 through the years

Indianapolis is known as the racing capital of the world – so we’re honoring the city’s storied racing history by taking a look back at a few notable Indianapolis 500 races.

Before race day on May 26, learn a few fun facts about the Indy 500 by learning the stories behind a couple items on display, as well as objects in our permanent collection. 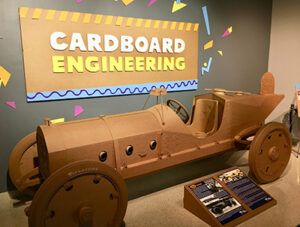 Driver Ray Harroun, an engineer for the Marmon Motor Car Company of Indianapolis, drove the Marmon Wasp to victory in the very first Indianapolis 500 race in 1911 with an average speed of 74.6 mph. The car was the world’s first single-seat, open-wheeled racer – and it’s believed to be the first motorcar to have a rearview mirror!

Although the original Marmon Wasp belongs to the Indianapolis Motor Speedway Museum, you can see a replica made from cardboard – featuring everything from lug nuts on the Firestone tires to the rearview mirror – on display at the Indiana State Museum through the month of May. 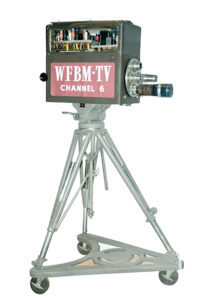 Did you know Indiana’s first-ever live TV broadcast was a telecast of the legendary Indy 500? WFBM-TV engineers in Indianapolis and technicians CBS sent from New York built Indiana’s original television camera in 1948 in WFBM’s Indianapolis studios to prepare for the station’s first sign on during race morning on May 30, 1949.

The camera, which is now in our collection, debuted with the telecast of the 1949 Indy 500 to about 3,000 local households. Viewers had the opportunity to watch Bill Holland win the 33rd running of the race.

This ticket to the 1962 Indianapolis 500 provided admission for a visitor to watch the 46th running of the race from a penthouse box at the Indianapolis Motor Speedway. From that vantage point, the viewer most likely saw Rodger Ward drive his Leader Cards, Inc. car to victory with an average speed of 140.293 mph during the race. 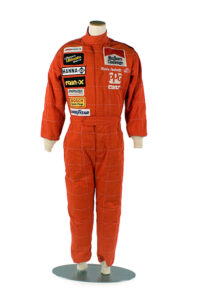 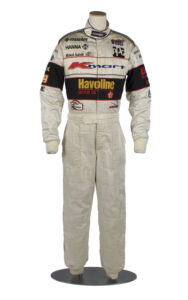 2019 marks the 50th anniversary of Mario Andretti’s first and only win of the Indianapolis 500, although he attempted the race 29 times during his racing career. The win is even more notable as he ran the whole race on only one set of tires!

2019 also marks the 30th anniversary that a father-son duo competed in the Indy 500 on the same team. These fire suits in our collection are from 1989 Indianapolis 500 when Mario and his son, Michael, both competed in the race with the Newman/Hass Racing team. 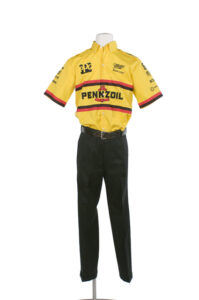 This Pennzoil shirt in our collection was worn by a member of Rick Mears’ crew during the 1990 Indianapolis 500. Mears placed fifth that year with Arie Luyendyk winning the 74th running of the race.

Mears returned to the track and won the Indy 500 from the pole position the very next year, becoming the third four-time winner and joining the ranks of A.J. Foyt and Al Unser.

See the Pennzoil shirt for yourself in the Color of Style experience at the Indiana State Museum through the month of July.