Whiskers for Votes, or Why Abraham Lincoln Grew a Beard - Indiana State Museum

Whiskers for Votes, or Why Abraham Lincoln Grew a Beard 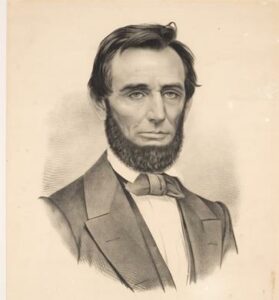 For that bit of history, we turn to Susannah Koerber, chief curator at the Indiana State Museum and Historic Sites, which holds The Lincoln Financial Foundation Collection, one of the country’s most important collections relating to Lincoln and his times. She said the story starts with an 11-year-old girl named Grace Bedell from Westfield, New York.

Grace wrote to Lincoln on Oct. 15, 1860, and said, in part: “I have got four brothers, and a part of them will vote for you anyway, and if you will let your whiskers grow, I will try and get the rest of them to vote for you. You would look a great deal better, for your face is so thin. All the ladies like whiskers, and they would tease their husbands to vote for you, and then you would be president.”

Lincoln wrote back on Oct. 19, musing to young Grace about whiskers, “Having never worn any, do you not think people would call it a piece of silly affection if I were to begin it now?”

Silly affection or not, later that fall and winter, Lincoln grew a beard. By January 13, 1861, the newly elected president had bearded up.

Lincoln showed off his new face to the public when he left Springfield, Illinois, to Washington, D.C., on his famous train trip prior to his inauguration.

In February 1861, his train stopped in New York, where Lincoln met young Grace Bedell. He told her, “You see, I let these whiskers grow for you, Grace.”

Grace’s letter to Lincoln is part of the Burton Historical Collection at the Detroit Public Library; Lincoln’s response is in the Benjamin Shapell Family Manuscript Foundation collection. Both provide an interesting and unusual footnote to history, though one thing history is silent on is why Lincoln decided to grow a beard.

As for those who keep track of presidential facial hair, it’s rare. Prior to Lincoln, John Quincy Adams had big, puffy sideburns. Martin Van Buren and Zachary Taylor had sideburns but not full beards. After Lincoln, Chester A. Arthur, Grover Cleveland and Theodore Roosevelt had mustaches. Ulysses S. Grant, Rutherford B. Hayes and James A. Garfield had beards, as did Benjamin Harrison, the 23rd president. He was the last. 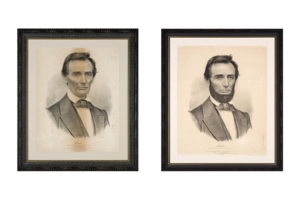