GET BACK TO NATURE

Experience the astonishing beauty and discover the importance of Indiana’s biological diversity through pieces from the natural world and artworks created by artists with Indiana connections. Explore how forests and ecological diversity in Indiana defined the lives of Hoosiers over the years, then consider how urbanization and climate change has impacted Indiana’s biological system and our everyday lives. 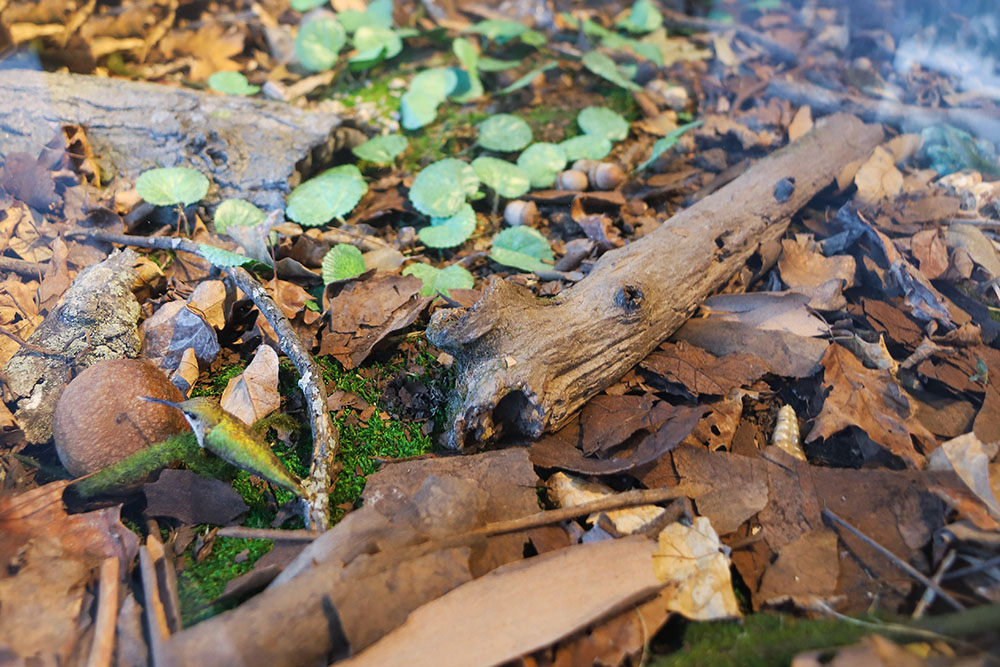 Biological diversity is astonishing in its beauty and importance. As recently as 1820, during the establishment of Indiana University, the state of Indiana was covered with extensive forests and a diversity of other ecosystems that were rich in life and part of the fabric of what defined the life of Hoosiers.

Our connection to our ecosystem has become far more tenuous and many Hoosiers have become content to view nature virtually. Get back to nature by building your own birds nest with objects of varying textures and sizes. 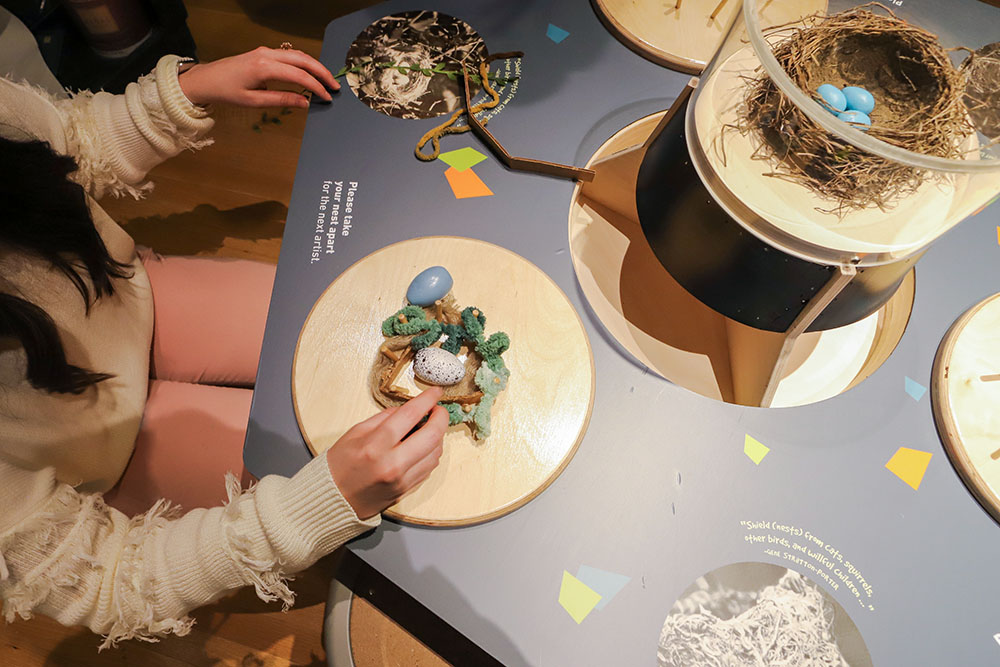 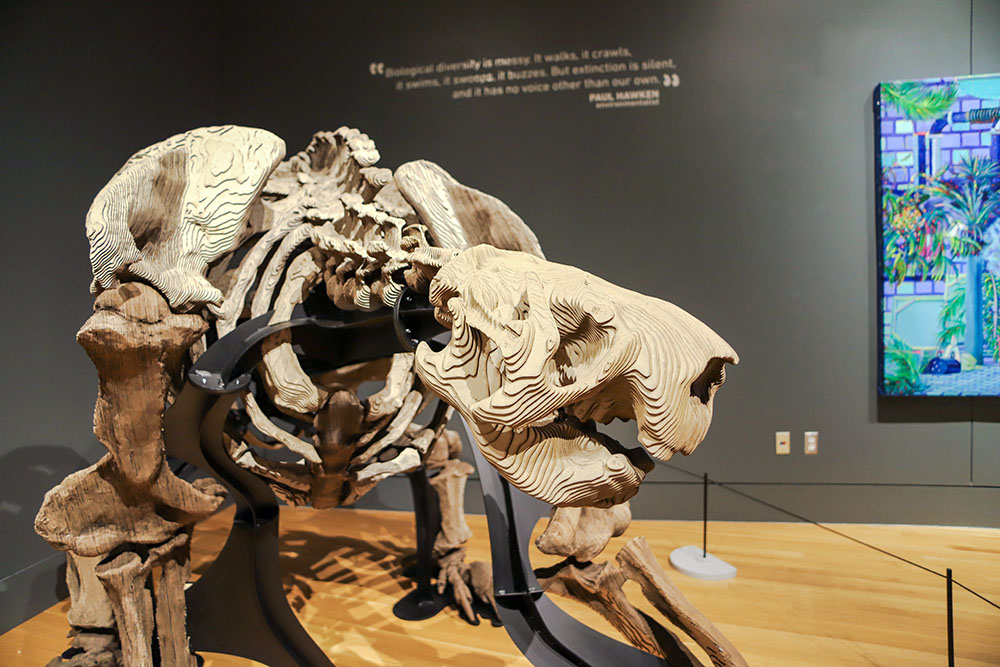 This experience features artifacts from Indiana’s prehistory alongside visual art documenting biodiversity in Indiana. View a precise 3D computer model of a giant Jefferson ground sloth that once roamed Indiana then build your own sloth claw in a similar way by stacking printed sections together.

Hear from some of the artists

She made clear early on that her books and illustrations are intended for the entertainment and instruction of the nature lover. She wanted her work to be accessible to the widest possible audience and thoughtfully crafted narratives that would nourish their inquisitiveness and further inspire their love and exploration of nature.

In the exhibit, you will see a handful of Gene’s photography displayed. Learn more about these images, plus some that are not on display, by scrolling through below. 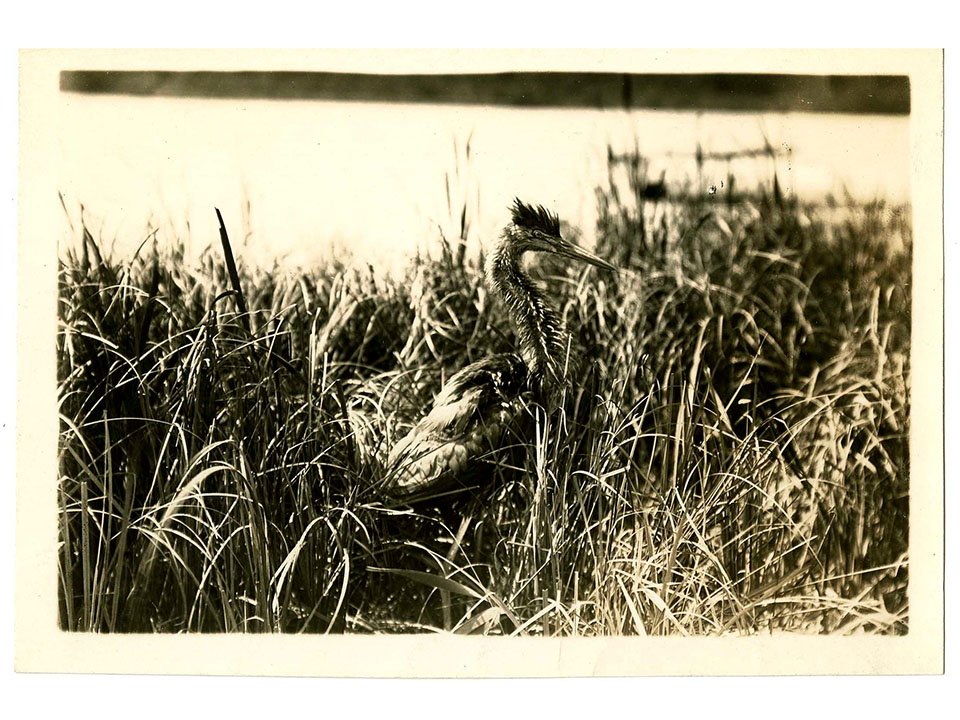 “There stood the Heron, a big fine fellow, the light striking to brilliancy the white of his throat, wet with dew from the rushes, and the deep steel-blue of his back, and bringing out sharply the black on the flattened crest and the narrow line down the front of his throat.”

“I never worked harder than I did over those birds [kingfishers]. Up one river-bank, and down the other, across the swamp and along the Limberlost ditch I followed them, until I had located fifty spots on stumps and dead branches, from which they fished every day. Then to figure on lighting, where to set a camera, where to conceal myself, whether I had the bird in range or would waste my plate if I made an exposure – these were the next considerations…But it was on a stump in mid-river that I capped the climax. I pictured the female there, fishing alone, and was so delighted with the plate that I set the camera a second day to learn if by any chance I could improve it. By one of my special dispensations I took the pair; the female dripping as she came up from a plunge, the male with flaring crest, just an instant before he flattened it and dived.” 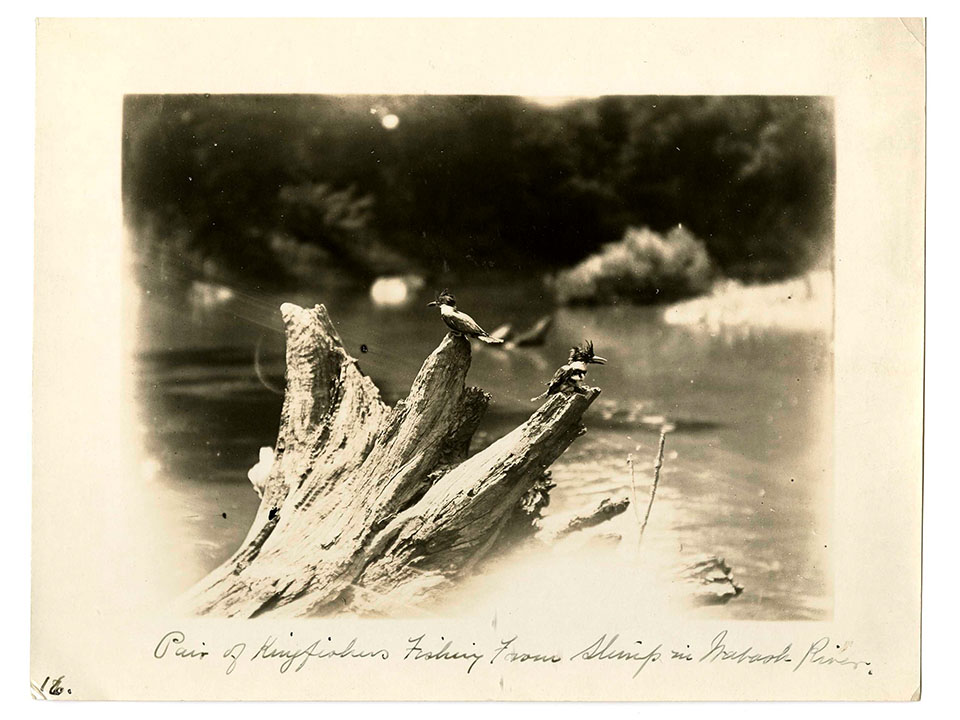 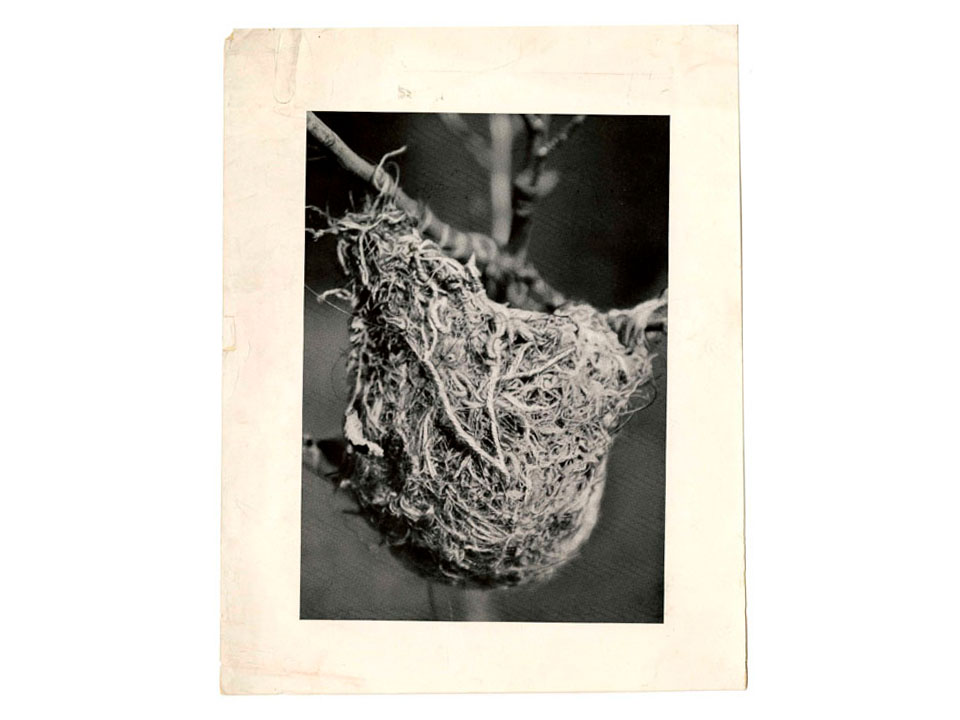 “The real nest of an oriole, inside the covering purse of plant fibre and string, contains as much fine material, carefully placed, as the average bird structure. The weaving of the hammock necessary to support it is all extra work.”

“I think a Goldfinch has more pure fun out of life in one hour than a Bluebird has in a lifetime…The Bluebirds have arrived at the Cabin in February. They breast cold, ice and storm, spring gale and downpour, frequently lose their nests and young…so that my contention that they are serious birds is well founded, even admitting their garrulousness, while the minor strain in their song may be the result of these very things.” 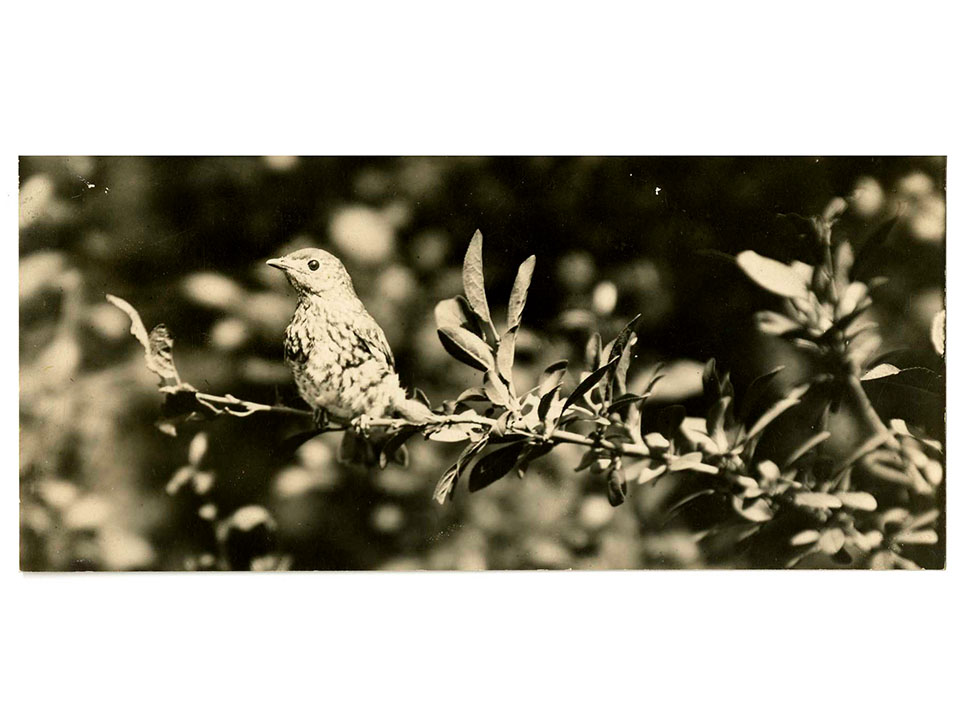 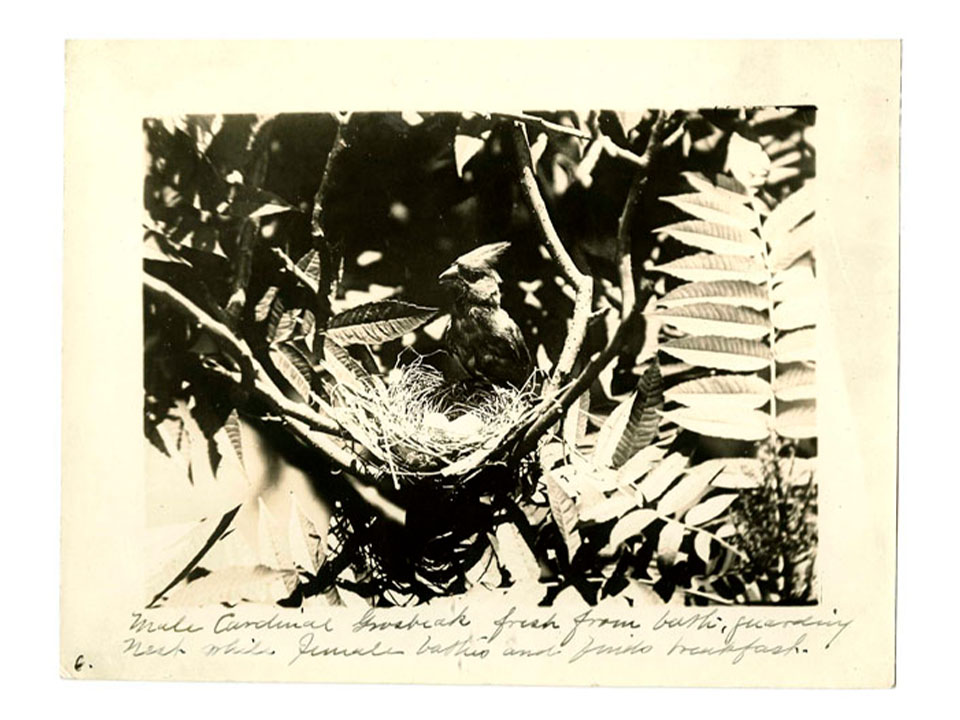 “…but the Cardinal is the only bird I have followed season after season and through days and weeks of unceasing labor of the hardest sort, and I have done it in the hope that what I might write and tell would work for his protection. He is our brightest, bravest bird, and not only are field and stream enriched by his summer music, but our winter woods in the gray days and in the biting cold resound with his cheery whistle, and, oh, how we need every winter singer!”

“Any intimate friend of mine can testify that yellow is my favourite colour, with shades of lavender running into purple, second choice. When I found a yellow moth, liberally decorated with lavender, the combination was irresistible.”

– Moths of the Limberlost 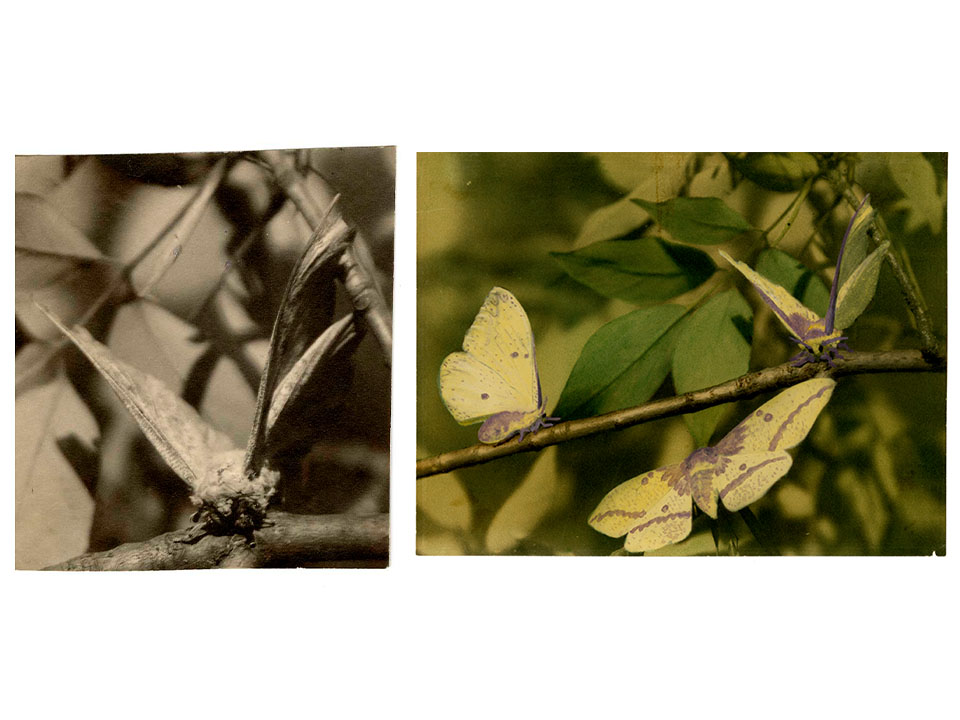 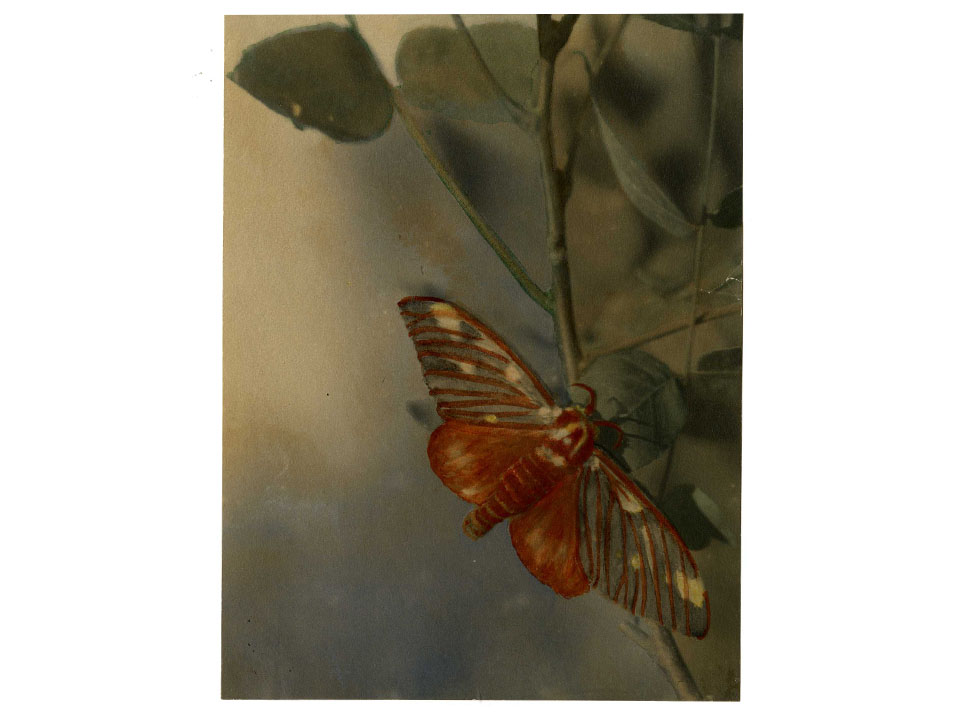 “Most of these studies were possible by making them of the moths as soon after their emergence from the cocoon or pupa case as their wings were fully developed, dry and hardened, but before circulation was sufficiently established for them to take flight. At this time they could be reproduced as full beauty, not a scale of down displaced, their markings the brightest they ever would be, and as they climbed naturally with wings lifted, half open or widespread.”

– Moths of the Limberlost

“When I was quite close to the nest, from the heart of the swamp broke a sharp “Gyck! Gyck!” – the same cry that I had heard on the road, and then I knew that it came from a King Rail and that this was the palace of his queen…The erection of her palace evidently had been simplicity itself. She had snipped this year’s green grass from her location, sat down in the old dead, dry blades, and repeatedly turned around. Then she had gathered the dry blades she had broken off, dropped them under her and worked them down with her feet. This gave her a large, flat, bowl-shaped nest of beautiful shades of tan, yellow and brown dried-grass blades.” 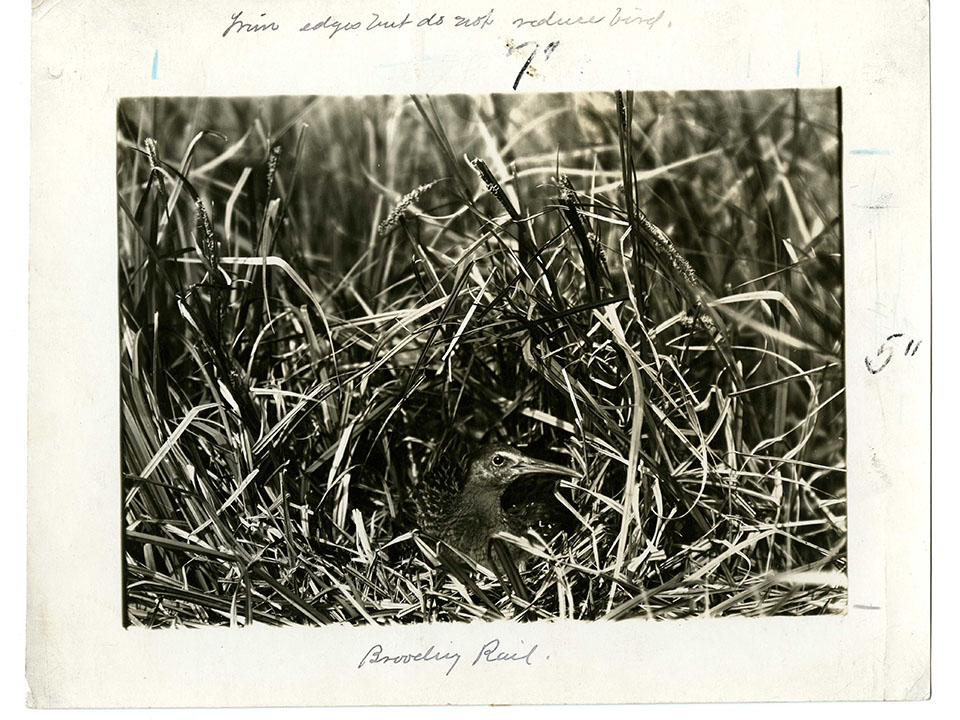 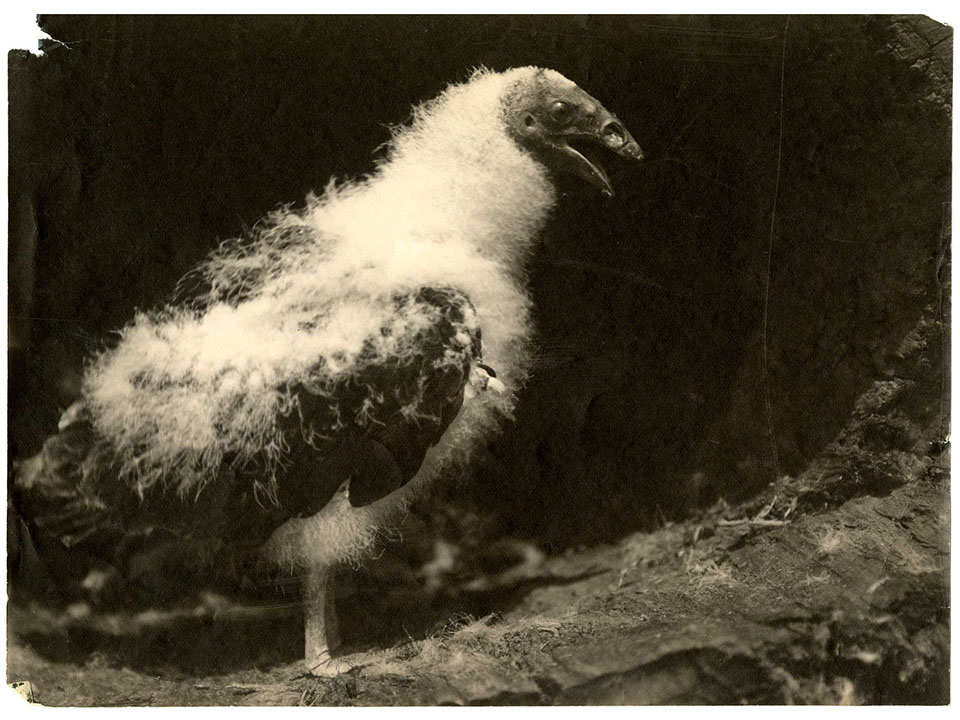 “The baby was cunning as possible, white and soft as a powder-puff. He had a little, quaint, leathery, black old face and the unhatched egg was a beauty…We at once named the baby Little Chicken after Pharaoh’s Chickens of old.”

“The following morning she was in a beautiful position, sidewise toward the lens, showing her outline from beak to tip in one elegant sweep, her black bill, her red-rimmed eye, and the exquisite shadings of her silvery throat and the bronze of her back and wings. She was all of twelve inches in length. I set my teeth hard to keep my heart from mumping out of my mouth and exposed a twenty-six plate the fiftieth of a second. The I took it over at a twenty-fifth, for fear the first exposure might be short. And there she sat!” 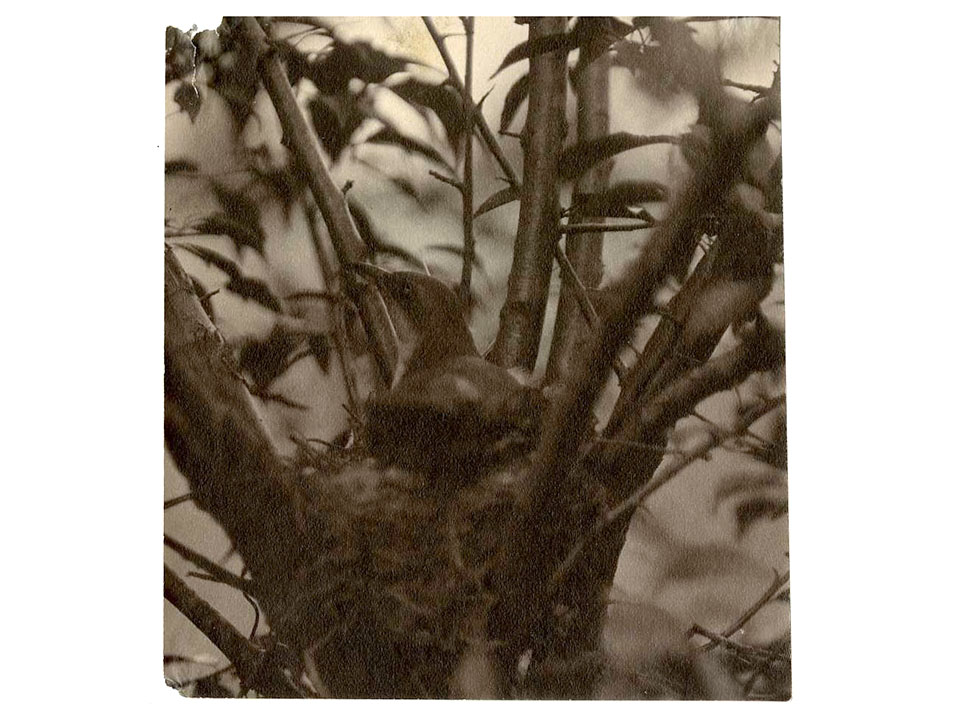 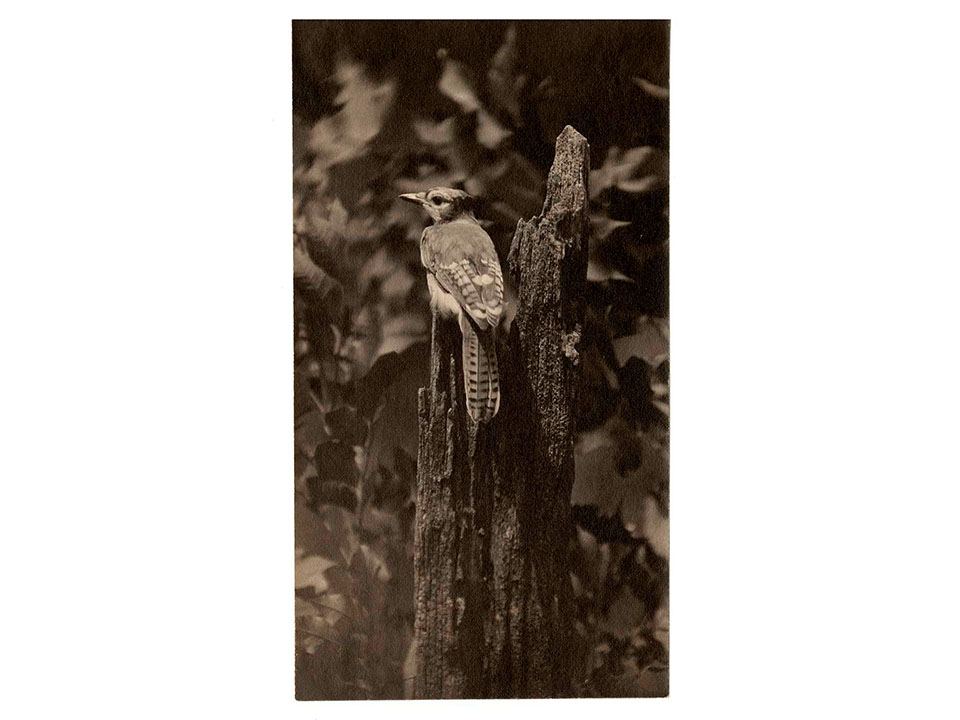 “I never get anything by giving up, so I sat down under a winesap in line with the rambo and studied the situation closely. There I saw something. Blue Jay frequently went over in the wheat along the fence and caught small worms and grasshoppers. Every time he came back from the west, he broke his long flight by perching an instant on a tall stump in another fence-corner surrounded by a growth of hickory and sycamore sprouts…These studies proved it quite true that most birds select a route by which to come to and leave a nest. If you watch them you can nearly always discover it.”

“Of all the dozens of nests Bob had located, there was not one so exquisite as this Vireo’s, for at the branching of two elm twigs, no higher than my head, she had built a pendent cup lashed to the limbs by bits of string and hair, wound securely round and round and even carried to near-by limbs. When it was solidly timbered, securely fastened and softly lined…it seemed complete, but the little bird-mother, with exactly the same loving impulse that is in the breast of a human mother when she adds lace and ribbon to her baby’s cradle, set about gathering heavy, rough, snow-white cobwebs and festooning them over the outside until the nest looked as if dipped in ocean foam.” 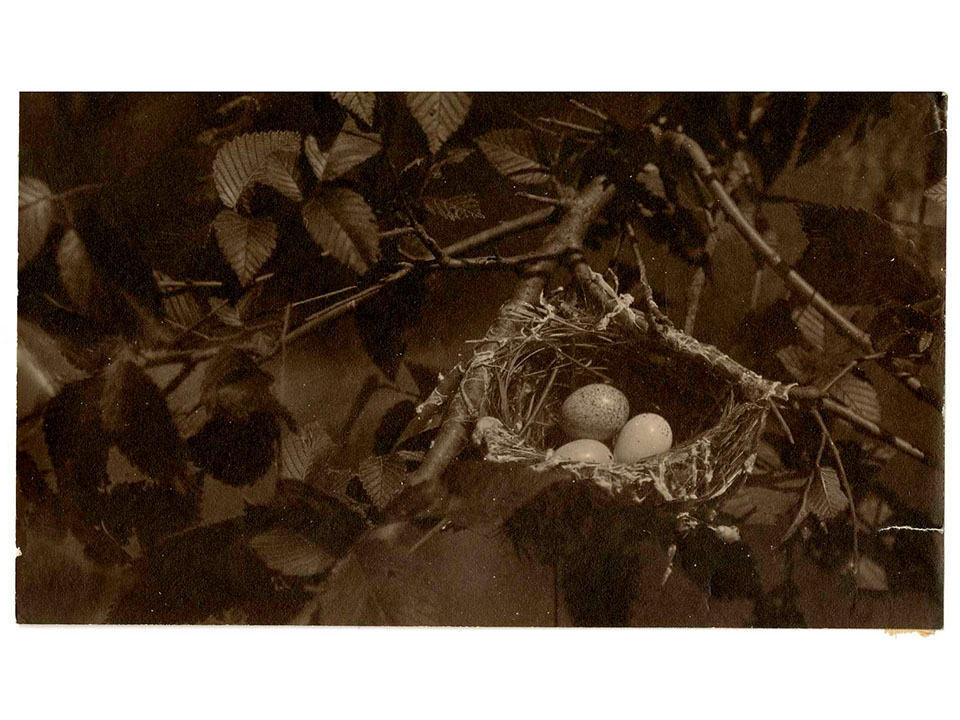 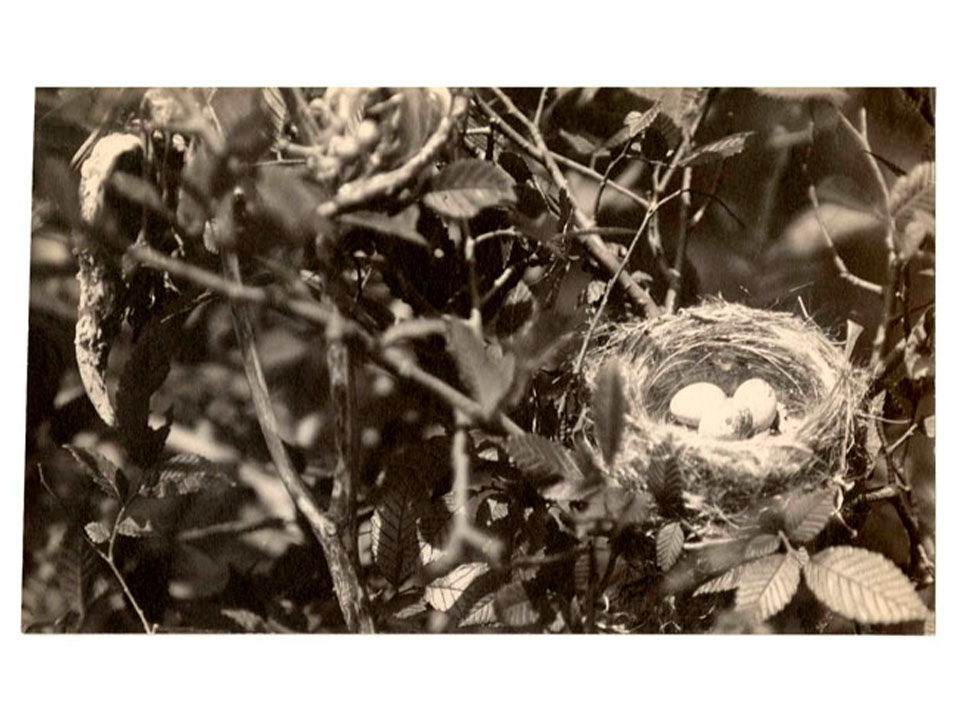 “At the nesting season, for a short time, we may come in close contact with bird life. We may feel that we really understand bird processes; for the language of motherhood during cradle-making is universal. When a location is wanted by a pair, the male often takes the lead, carries sticks and blades of dry grass to one place and another, turning and fussing over the spot as if to indicate to his mate that he has found a first class nesting site.”

“Previously, I had one experience with wild creatures becoming intoxicated, when, in order to get more light on my subject, Mr. Black trimmed the lower branches of a young crab tree while the sap was still running. The liquid quickly fermented in the hot spring sunshine. Soon the trunk was covered with butterflies, moths, bees, ants, and flies, all of them becoming rapidly intoxicated.” 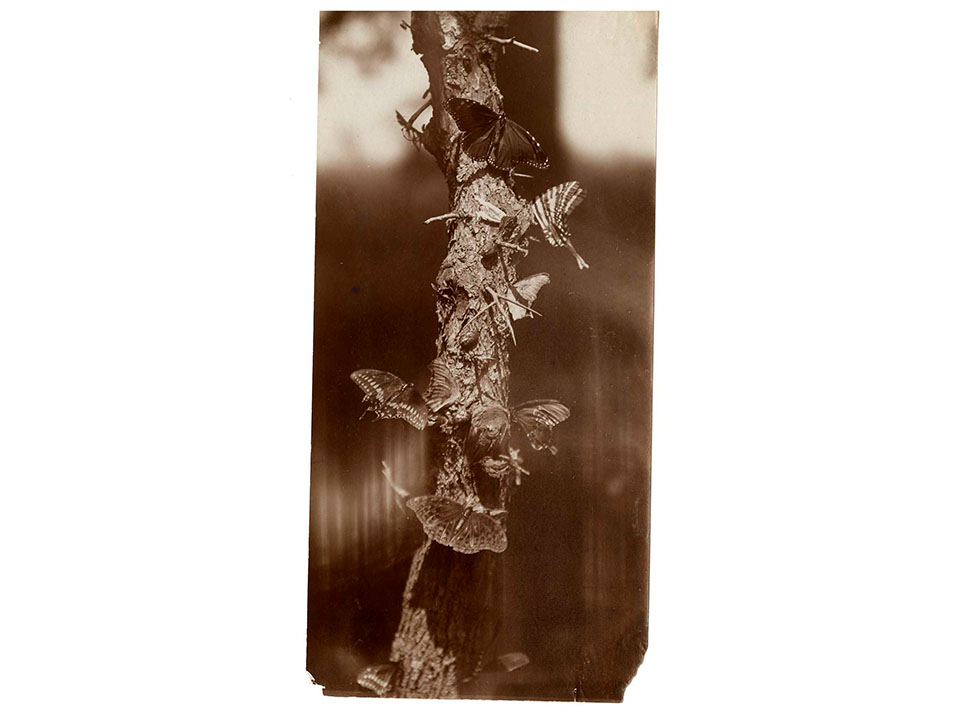 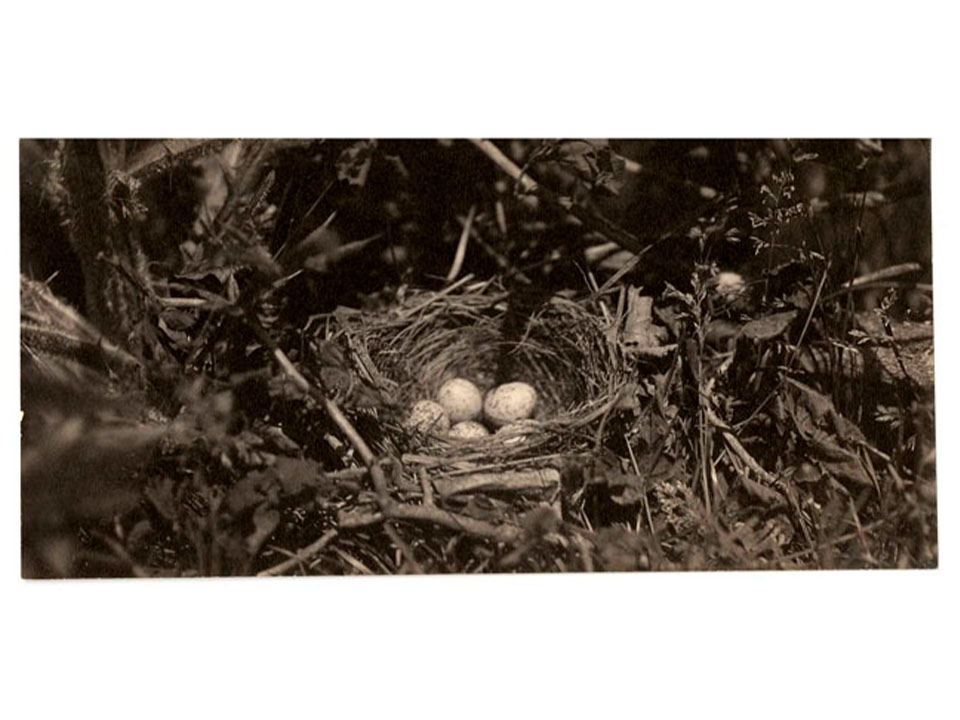 “[The sparrow] flew in short stretches from bush to bush, and built a small beautiful nest. If this was placed in bushes, there was an outside of tiny sticks and twigs, and the inner lining of hairs wound round and round. Ground nests dispensed with the outside work, and in a little tuft of weeds or grass, which formed an arching cover, the small, round bowl of hair was placed, and in it from four to six bluish, speckled eggs.”

– Birds of the Bible

The exhibition and events are made possible by Grunwald Gallery of Art, New Frontiers in the Arts and Humanities, The Environmental Resilience Institute, and the Eskenazi School of Art, Architecture + Design at Indiana University. The exhibit has been developed in collaboration with the Indiana State Museum and Historic Sites.