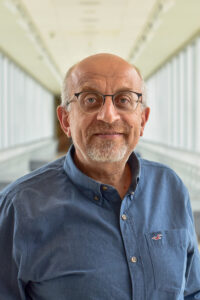 The Indiana State Museum and Historic Sites has named Yasser Youssef as its new director of historic preservation. Youssef, who was born in Egypt and earned his doctorate in architecture from the University of Alexandria (Egypt), will be responsible for maintaining and preserving the 11 historic sites.

Youssef was a practicing architect for 25 years. He also previously worked as a university professor in Egypt, where he taught building conservation to undergraduate students, and most recently was a building inspector for the city of Indianapolis.

From 2009 to 2017, he served on the Alexandria Historic Preservation Committee, whose members were assigned by the government to preserve, maintain and curate 1,400 buildings in the city of 5.5 million. From 2004-2017, he also worked part time as the head of the architectural unit at the new Library of Alexandria.

Youssef has been in the United States since 2017. He and his wife have three children. His brother, who teaches computer science at Purdue University, and his father also live in Indianapolis.